Review: LCD TVs are getting larger, higher-resolution, lower-priced, and otherwise better all the time. But, as a recent experience personally made clear to me, nothing beats a projection screen if you’ve got the money and space to assemble the necessary system. My new home came with a JVC DLA-X75R 4K (interpolated, 1080p input) and 3D-capable projector already mounted to the downstairs family room ceiling (yes, its presence was a factor in my decision to purchase this particular residence versus others I considered 😉 ). The DLA-X75R, as its name cryptically implies, is based on D-ILA (Direct Drive Image Light Amplifier) technology, which is JVC’s brand of LCOS (Liquid Crystal on Silicon). 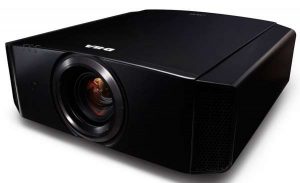 The accompanying screen had been removed by the sellers; my first attempt at a replacement was the Homegear 120″ HD Motorized 16:9 Projector Screen, complete with both wired and wireless remote controls and sold at Amazon for $119.99. The price was great, the motor mechanism was relatively quiet, and the inherent image quality (complete with a 160 degree spec’d viewing angle) was surprisingly good considering how much (or more accurately, little) I paid for it.

But the Homegear screen came from the factory complete with a top-to-bottom diagonal crease on its left-hand side, which no amount of hair dryer output could make disappear. Its presence wasn’t obvious when the screen had an image projected on it, nor (obviously) when it was retracted, but the cosmetic flaw still bugged the heck out of me. And although the manufacturer was willing to swap it at no expense to me, the company rep I spoke with couldn’t guarantee that the replacement would be any better. 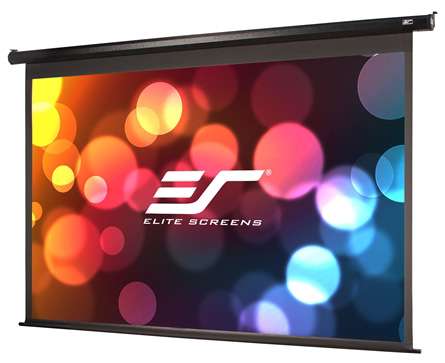 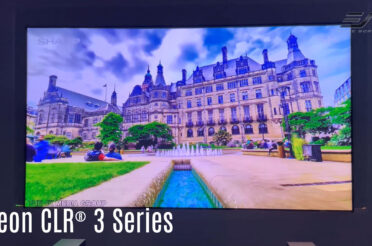 The Aeon CLR® 3 is an EDGE FREE® fixed frame screen that utilizes our CLR®... Read More 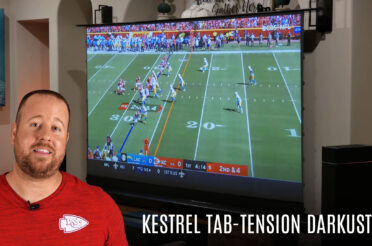 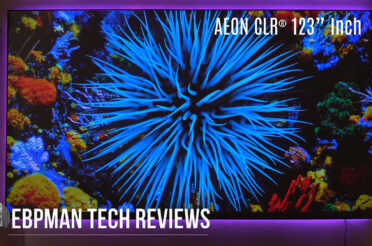 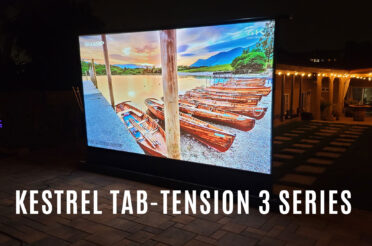 The Kestrel Tab-Tension 3 is an electric floor-rising projection screen that is an attractive centerpiece... Read More 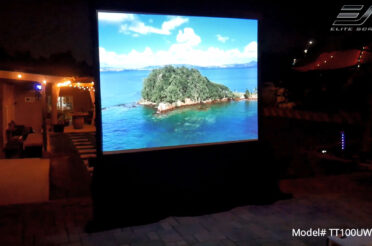 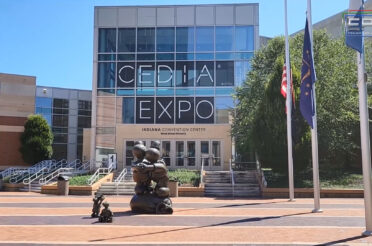 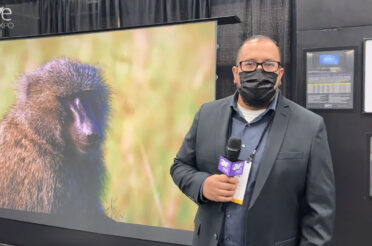