There are various factors most know about when setting up a projection system but the proverbial “devil in the details” often goes overlooked. I’m talking about a projector’s vertical alignment.  It is a relatively simple function but it has small elements to it that every installer should be aware of  and that goes double for houses of worship.      It may be a small matter but the difference between doing it right and wrong will come with either great rewards or a potentially costly disappointment.   This is especially important with Churches because there are so many different ways a projection system can be installed and often, there are more variables at play than an enclosed conference room or home theater.  As a person of faith, I want to contribute to your congregation’s success and this is one of those AV veteran moments where a small bit of advice can spare you from buying expensive AV gear you don’t need while getting the best performance out of the equipment you have (or can realistically afford).  This is also a topic that will help enhance you the ability to make wise decisions when buying AV gear whenever an upgrade or new building project is in order.   With all that said, saddle up; for the next few minutes we’ve got  work to do….but it’s AV stuff… so it really just going to be fun anyway, right? 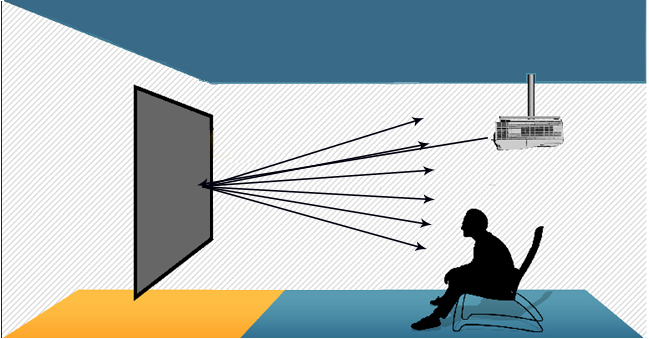 The pitfalls of doing it wrong

Keep in mind that calculating the wrong projection angle can create a multitude of problems for you. 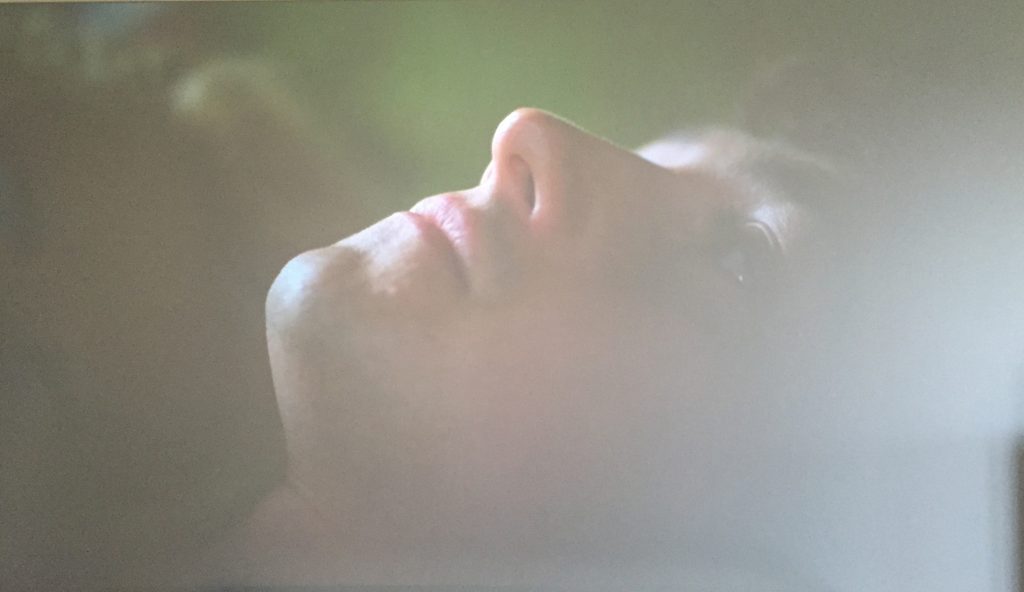 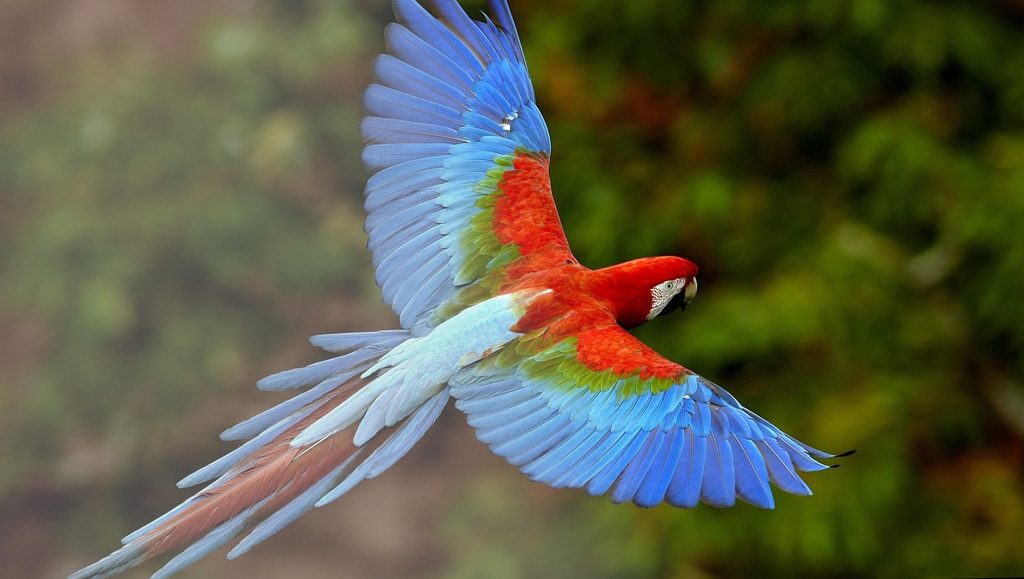 This article also serves to aid you in selecting your projection screen so that any alignment issues due to product incompatibility can be avoided.  Factors such as , projector type, atmospheric lighting and screen material that all come into play.  Since your screen complements your projector, here are some basic rules regarding how to choose the right projector and screen combination.

Selecting the right projector is typically an easy task as long as you remember these guidelines:

On a projector, there is typically a feature known as vertical lens shift.  This is the projector’s ability to shift an image upward or downward from a projector’s static position without need of physically moving the projector itself.    Depending on whether you are ceiling-mounting your projector to shoot down on a screen from the front, or “table-top” positioning from in front or behind the screen, will determine the degree of “vertical adjustment” required from your projector. For high ceilings, a projector with up to 3-times the screen height is required.  For in-line imaging typically from a table top or low ceiling installation, a projector that can only adjust up to ½ the screen height may likely be the ideal solution.

*Tip, there are times when you will be able to actually tilt the screen itself  to accommodate the projection angle you have.  This is often practiced with the angular-reflective “ALR” screen materials.

Whatever your requirements are, always make sure that the desired “sweet spot” of optimal projector screen performance will encompass your entire viewing audience.  Ambient light rejecting screens are great but they may not be as ideally suited to your large venue presentation as a white screen would be.  Either way, always have a good handle on what your projector’s vertical angle is and what angle of projection your screen can handle.  If you do it right, you’ll appreciate the results, your congregation will be grateful for a beautiful display and the cost of all this enjoyment should be less than what you may have expected. 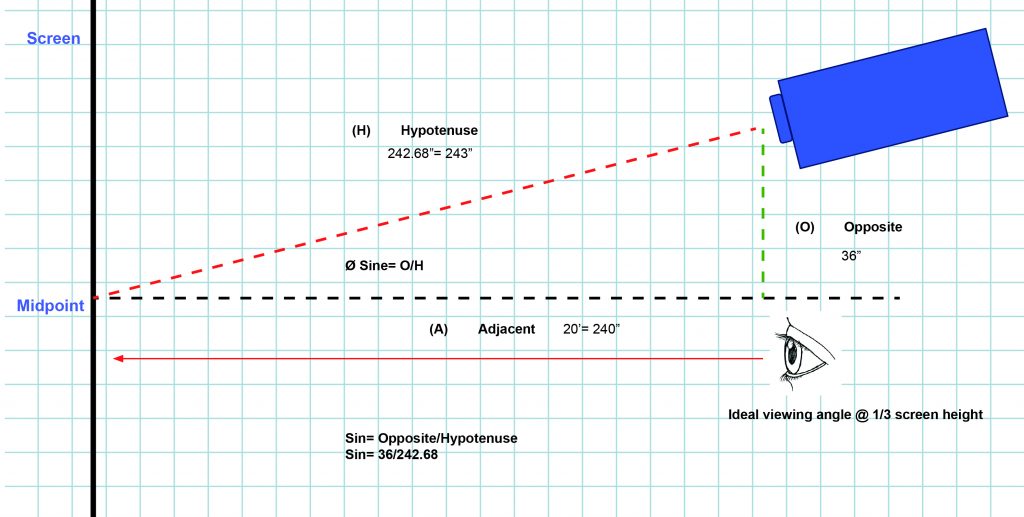 *See the illustration above for instructions on how to properly calculate projection angles if needed.

(Use a Scientific Calculator)

Your measurement of H is 242.7 inches distance between the actual lens and the screen’s center.

Your estimated angle  will be 8.5 degrees